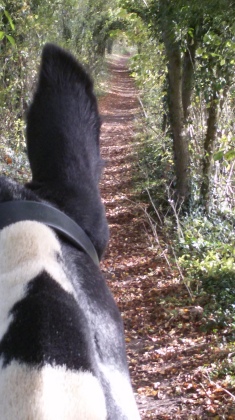 It’s been an intense couple of days of #MeToo where women (and men) on the internet have been saying ‘Me Too.’ Triggered by the response of women standing up and speaking about abuse and humiliation suffered at the hands of some fat geezer (one of many, he doesn’t have to have a name) in showbiz and the general mentality of abuse that runs through the fabric of showbiz. Other women have been saying ‘Me Too’ and it comes as no surprise. What does come as a surprise is that so many people were surprised. I thought people knew that women, pretty much all women, experienced this in some way, shape or form at some point in their lives and throughout their lives. I thought it would be all women, just because they are women, but what was really sad were a few things that I read by women who had never experienced this and were worried that it was because they weren’t attractive enough. Let that just sink in for a minute…

The conversations flying around were eyebrow raising at the very least. Women revealing truly horrific experiences, women listing reams of incidences where they were assaulted, abused, harassed. Women desperately trying to get the point across about why this is an important topic to be talked about, how it pervades our every living breathing moment, how we are unable to escape it unless we just surround ourselves by a few dearly beloved and don’t expose ourselves to the world outside. Men supporting and pledging to make changes. Men really trying to understand but actually not ‘getting it.’ Every sentence littered with a ‘but’ in the middle. You know, ‘I’m not racist but…’ Men trying to explain to other men what this is really about, really trying and I am so bloody grateful for that. There is another issue though that has remained unspoken about and, I may not be popular for bringing it up, it’s about women supporting women.

I felt true hope start to fill my bones when I saw women supporting other women in discussions, leaping to their aid when a conversation was getting tricky. I felt true hope because this has not been my experience in life. In my experience it has been women to shut me down and tell me to not ‘make a fuss.’ Women who have shoved me back to the wolves when I have tried to speak out. Women who have aided, unwittingly or not, any abuse by just shutting me down. And it happened again yesterday. It was a woman who shut me down because it was ‘too much.’ No discussion, just shut down. Once again, go and sit in the corner and don’t say anything, don’t ruffle any feathers, don’t express an opinion. How on earth are men ever going to begin changing their behaviour towards women, how is our world going to ever shift this soul destroying narrative if women shut each other down? I would go one step further in saying that this is the fundamental change that needs to come about. I worry that any conversations will serve to widen the split between men and women, that the divide becomes a gulf across which we can only shout at one another but actually the divide that causes the most harm, that continues to allow it all to thrive, is already there. The divide between women. Those that refuse to stick their head above the trenches to stand by other women. Those that support the denigration of women to serve their own best interests. Those that say ‘don’t make a fuss,’ ‘it’s too much,’ are also culpable.

So I would ask of men, those that have pledged to call out when they see abuse and harassment, damming words being spoken, to also do that when they see women behaving like that. Maybe these women will listen to you. Thank you to the people who have spoken out, really thank you. Some women have the courage to speak out about what they have experienced, that’s not my bag. Maybe on a one to one but it would have to be a strong person because it’s a very long list. My answer is to go out on dear Amos and wander the countryside and drink in the magic that the seasons bring us. It’s a beautiful world out there, let’s not spoil it by being shitty to one another.